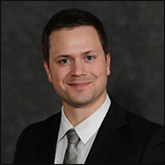 I had an interesting case the other day that does a good job of exemplifying the need for a thorough annual eye exam including dilation.

I have been seeing this patient, a 45 year old male, on a yearly basis for the last three years. It had been about 12 months so, on this visit, I did a thorough investigation of his total ocular status, including a check of his visual acuity, eye movements, field of vision, pupils, and generated an updated eyeglasses prescription as well. I then dilated his pupils after checking the health of the front part of his eyes.

Once his pupils were large enough to adequately look through, I noticed on my direct views of the fundus (the back of the eye) several small retinal hemorrhages in his right eye. Retinal hemorrhages are areas where blood has “leaked” out of a blood vessel into the surrounding tissue. Though retinal hemorrhages can be due to a number of causes, the size, location, and appearance can tell us as eye doctors a lot of information.

Diabetes Revealed
The most common reason for new retinal hemorrhages is typically either diabetes or high blood pressure. He denied being diabetic or hypertensive but had not had a routine physical exam in over a year as well. Nonetheless, I checked his blood pressure which was normal. I then requested he make an appointment with his primary doctor for a full examination with blood work to determine the cause of the retinal hemorrhages. At his follow-up exam about a month later he reported that, indeed, he did have high blood sugar and is now being treated for Type 2 Diabetes.

Here are some interesting statistics about Diabetes:

Of course, I don’t encounter such urgent findings on most complete eye exams. But you would be amazed how frequently I do encounter undiagnosed problems, problems that I find outright or, through conversation, a patient and I discover together – like eye allergies, contact lens comfort issues, risk factors for glaucoma or macular degeneration, glare issues from cataracts, and the ever ubiquitous DRY EYES!  It goes on and on. The point is that while problems like these probably won’t happen to you, if they do, it is much better to find out before they cause a major problem rather than react to it once they already have.

Now go out there and get those eyes checked!